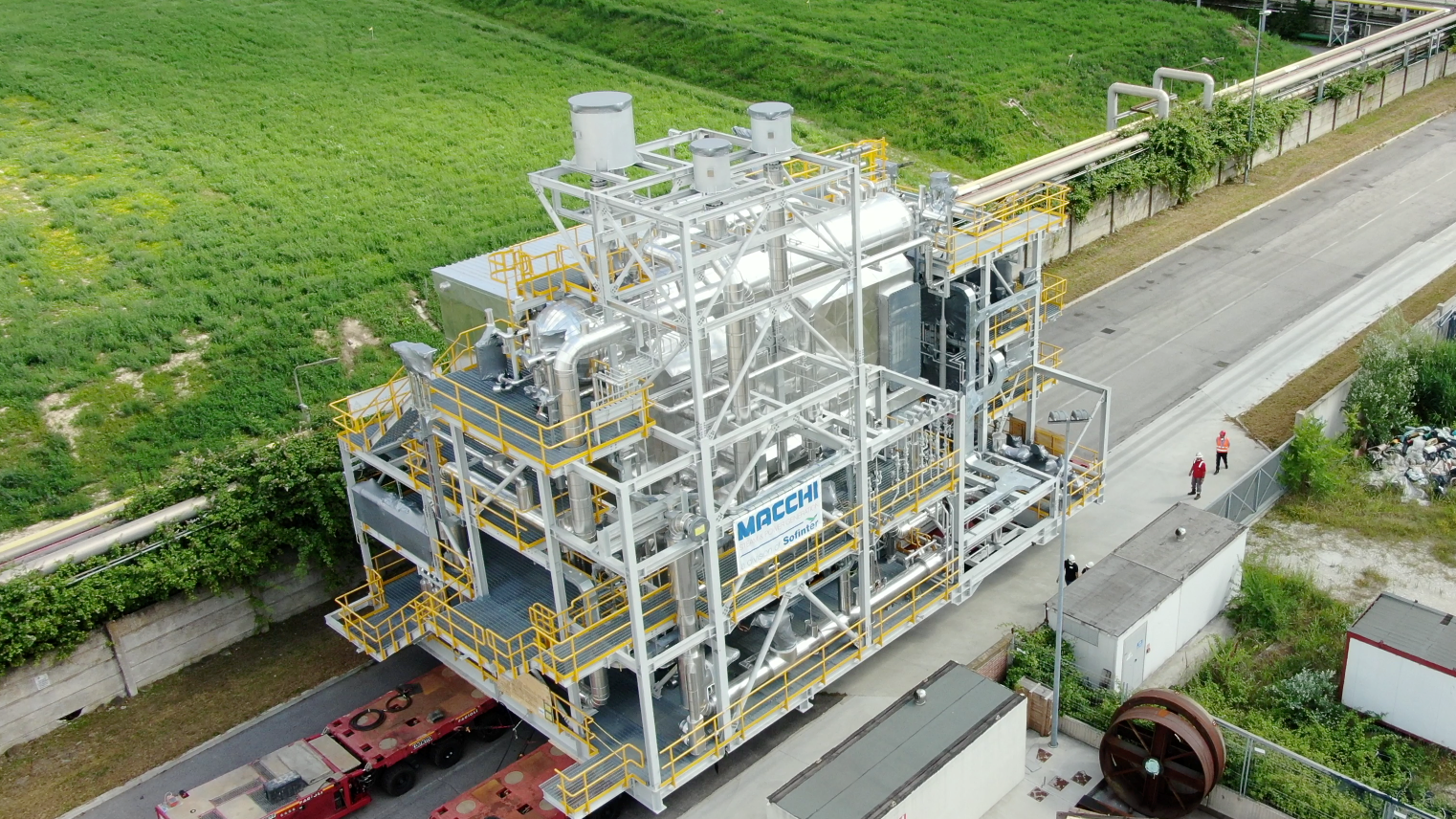 Three industrial boilers produced by Macchi, operational division of Sofinter S.p.A., in Via Ramo dell’Azoto plant, are leaving from the port of Marghera destined for an oil and gas plant in Oman.

The Lombard company, which five years ago chose Marghera to set up the production site, thus confirms its excellence at a territorial but also national and international level in the production of industrial boilers, managing to guarantee the production and shipment of the three boilers also during the Coronavirus emergency and the lockdown of the past months.

The three boilers, over 500 tons each, were loaded onto a roll-on/roll-off deck carrier, docked at the port of Marghera waiting to leave to the Gulf country where they will start operating producing steam to feed one of the most modern refineries in the world.

Born 60 years ago as a company from Varese, with this latest expedition, Macchi once again stands out among the main industrial companies in the world in the production of boilers, confirming its export vocation. Each production of the Macchi Division not only moves a supply chain at a local level, it goes from the smallest medium-sized enterprise to a reality such as the inter-port one, passing through Fagioli S.p.A., a giant of exceptional transport recently risen to the fore in the national news for the construction of the Genoa Bridge.

“Macchi, the operational division of the Sofinter Group, confirms itself as a territorial economic force that embraces Lombardy, where the company is based, the Veneto region where the company produces and finally Emilia, with the involvement of a company such as Fagioli SpA for exceptional transport “, – comments Giorgio Bona, General Manager who adds: “We export 95% of our production. The departure of these three boilers for abroad are the example of the role we play in the international panorama of the petrochemical sector but also represent, in this case, the pride of all those who worked to make these boilers, in full emergency by challenging Covid-19. A considerable challenge that has shown the flexibility of the company, capable of operating entirely in smart working and constantly supporting the plant, always in full compliance with the provisions of the ministerial decrees, up to winning the battle against this virus, in rigor and commitment of daily work. “

SOFINTER Group is constantly seeking for new resources to employ in its Companies.

Visit the press office to search for the Group's latest news and press release archive.

This site uses cookies, including from third parties, to provide a better service in line with your preferences.
If you wish to know more and/or opt out of all or some cookies, please click here.
By closing this banner, scrolling down or by clicking any of its elements you give consent to the use of cookies.